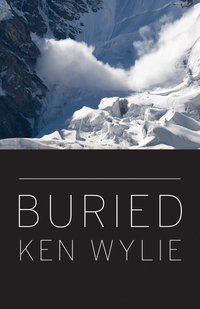 On January 20, 2003, at 10:45 a.m., a massive avalanche released from Tumbledown Mountain in the Selkirk Range of British Columbia. Tonnes of snow carried 13 members of two guided backcountry skiing groups down the 37-degree incline of a run called La Traviata and buried them. After a frantic hour of digging by remaining group members, an unthinkable outcome became reality. Seven people were dead.

The tragedy made international news, splashing photos of the seven dead Canadian and US skiers on television screens and the pages of newspapers. The official analysis was that guide error was not a contributing factor in the accident. This interpretation has been insufficient for some of the victims’ families, the public and some members of the guiding community.

Why did the guiding team seemingly ignore a particularly troublesome snowpack? Why were two groups travelling so close together? Were the guides adhering to best practices for terrain selection and snow stability evaluation? What motivated them to go there?

Buried is the assistant guide's story. It renders an answerable truth about what happened by delving deep into the human factors that played into putting people in harm’s way. The story begins buried metres deep in snow, and through care-filled reflection emerges slowly like spring after a long winter, nurturing a hopeful, courageous dialogue for all who make journeys through the mountains of their life. The story illustrates the peace that comes from accountability and the growth that results from understanding.

Ken Wylie operates “Mountains for Growth” Life and Leadership Development LLC, based in Blacksburg, Virginia. A certified guide with the International Federation of Mountain Guide Associations, Ken has adventured with the best people and on some of the greatest climbs and ski descents in the world. His Adventure Education career spans 30 years and has included faculty positions at Mount Royal University and Thompson Rivers University and at Outward Bound Canada, where he was instrumental in developing a highly successful therapeutic adventure program for Canadian military veterans. Ken understands the educational purpose of adventure better than nearly anyone alive, by living through the high peaks and deep valleys of it and personally embracing its timeless lessons. Tempered by fire, he commands the art of facilitating educational growth and development through adventure. Ken and his wife, Karen, live on five acres just outside Blacksburg, Virginia.