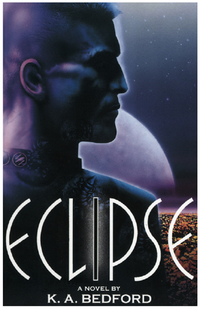 Watching HMS Eclipse through the geosynch spaceport window, Officer James Dunne, a newly minted graduate of the Royal Interstellar Service Academy, thinks his first assignment will be routine . . . an easy going excursion on an aging deep-space cruiser, heading into the Dark, on a mission to explore the farthest reaches of known space.

James had always wanted to be a part of the romantic final frontier. Now, he thought, his lifelong dream was about to come true.

In fact, he was about to begin the greatest challenge, and worst nightmare, of his already-too-short service career!

Although repeatedly warned “not to rock the boat”, it soon becomes obvious that it is too late for the young Officer!

He is drafted into the First Contact Team where he realizes two things: (1) that his contribution to the Interstellar Space Service might easily turn out to be that of a ‘replaceable warm body’ and (2) that disrespecting junior officers, like Dunne himself, often suffer ‘unfortunate’ and sometimes fatal ‘accidents’ out in the Dark.

Dunne’s survival will depend on his ability to separate power from perversion while enduring the corruption and control of others!

Eclipse is a taut psychological thriller set in the claustrophobic confines of a starship where nothing is as terrifyingly alien as humanity itself.

About K. A. Bedford

K. A. Bedford was born in Fremantle, Western Australia, in 1963. He attended Curtin and Murdoch Universities, and studied Writing, Theatre, and Philosophy